♕ Today's Promise: "What has been will be again, what has been done will be done again; there is nothing new under the sun." Ecclesiastes 1:9 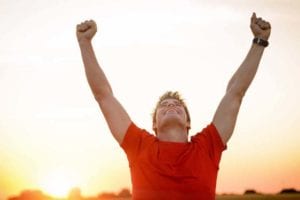 ☊ Listen to the audio

In part one of this journal, we discussed the impact of consequences on the Husband, now we turn our attention to our Wives.

To all intents and purposes their lives may look different, they may appear to be happy and full of the “joys of spring”, they are out there living their life in the world, not giving a second look at the Father in Heaven who loves them.

Most of the spouses we have come across have been reported to be born again believers in Christ, so how on earth have they found themselves in such a poor state?

In much the same way as you did! Denial, disobedience, ignorance, and a plethora of other reasons.

My people are destroyed for lack of knowledge;
because you have rejected knowledge
I reject you from being a priest to me
And since you have forgotten the law of your God,
I also will forget your children.
The more they increased, the more they sinned against me;
I will change their glory into shame.
They feed on the sin of my people; they are greedy for
their iniquity. And it shall be like people, like priest;
I will punish them for their ways
and repay them for their deeds.
They shall eat, but not be satisfied;
they shall play the whore, but not multiply,
because they have forsaken the Lord
to cherish whoredom, wine, and new wine,
which take away the understanding.

Now as we begin to grow in the Lord, ensuring that our eyes are fully focused on Him, there is an excessively big temptation to actively accuse and pass judgement on our wayward spouse.

However, this is not only wrong, but it is in complete contradiction of God’s word (correction it is scriptural to judge, however God says before you do so address the issues and problems in your own life {the spec in your eye} before addressing the log in your wife’s eye) and the Grace that He has poured out in our lives.

How many of you watch your wife's antics and actively groan or cry out to God on her behalf?

For we know that in each of them, they do know the still small voice of God speaking, advising, encouraging, prompting them that what they are doing is wrong.

But for some reason they chose to ignore.

We have to remember that they are celebrating their new found freedom, they are like newly (re)born lambs going out again into the hills and seeing all the new experiences that the world now has to offer, and in their hunger to be filled with something rather than the emptiness left in them by leaving you, and the bigger hole in their heart knowing that they are going against God’s plan and perfect will for their lives, they will actively seek all that this new playground has to offer.

To you they show a facade of happiness, very often carrying a severe case of hatred and anger towards you that makes you flinch back in horror, wondering where the loving woman whom you married has gone.

Do not worry, she is still in there but has become lost in her own world of pain!

What does this mean for you, patience for a start, just consider how you were when God first grabbed your attention and you became his, how much time and effort he poured into you, how much love and attention you have received from Him during your desert journey, and let this be your guide.

A gentle answer turns away wrath, be truthful and honest but most of all be forgiving.

What has been will be again,
what has been done will be done again;
there is nothing new under the sun.

Then we can begin to step back and realise that God has dealt with these situations time and again and has for sure a solid and dependable plan to bring about a change in them. Firstly, bringing them back to himself and then after a period of time, back to you.

~ Tad  in Australia
~ Mathew in the United Kingdom