This testimony was taken from one of our many
Word of Their Testimonies books
to help YOU
overcome any doubts or fears in
God's Ability and Desire to
Restore YOUR Marriage!

Chapter 11 "Cleave to His Wife"

The Rock we need to build on is the Word of God! How many of us really knew the principles that you have read in this book thus far concerning marriage? Hos. 4:6 tells us that “we are perishing for a lack of knowledge.” This was certainly true for me and I am sure it is true for you too!

So then when our marriage fails, we seek to be released from the marriage only to repeat the mistakes in the second or subsequent marriage. God hates divorce, but when we are in the midst of trouble that’s what we believe will bring us relief. We even try to convince ourselves and others that divorce is what God wants for us since He wouldn’t want us to suffer.

When we entertain a wrong thought or idea, God tells us: “Each one is tempted when he is carried away and enticed by his own lust. (The definition of lust is a “longing” for what is forbidden, like longing for a divorce when God says “I hate divorce.”) Then when lust has conceived, it gives birth to sin; and when sin is accomplished, it brings forth death. Do not be deceived, my beloved brethren.” Jas 1:14-16. Many say that there is nothing wrong with divorce, especially in certain circumstances.

Please understand that if marriages are to be saved, we must stand on truth! Those second marriages that “seem” happy are in fact living in defeat, not a testimony of God’s faithfulness. They continue to cause many others to suffer or live at less than God’s best, especially the children who suffer the most! And they cause many to stumble who are experiencing difficulty in their marriages. It is very tempting to want to find a second wife when many profess that they found happiness in their second marriage after they finally got rid of their first wife!

With gentleness correcting those who are in opposition. Please do not debate the issue of divorce. Each person is only responsible to speak, teach, and live the truth. Then the Holy Spirit will do the convicting, and the Lord will turn the heart. “But refuse foolish and ignorant speculations, knowing that they produce quarrels. s And the Lord’s bond-servant must not be quarrelsome, but be kind to all, able to teach, patient when wronged, with gentleness correcting those who are in opposition, if perhaps God may grant them repentance leading to the knowledge of the truth, and they may come to their senses and escape from the snare of the devil, having been held captive by him to do his will.” 2Tim. 2:23-26.

The tree is known by its fruit. We can see the “fruits” of many of those in church leadership – those who have allowed the widespread abuse of “exceptions” for divorce. We have seen that it began with the loophole of “unfaithfulness or adultery” and has led to divorce for practically any reason! It parallels what has happened with the abortion issue...rape, incest, and the health of the mother now account for less than 1% of all abortions performed! “You will know them by their fruits.” Matt. 7:16. “Either make the tree good, and its fruit good; or make the tree bad, and its fruit bad; for the tree is known by its fruit.” Matt. 12:33. We can clearly see the bad fruit that has been produced by compromising God’s Word – broken marriages and broken vows.

Why must we understand and follow God’s Law concerning marriage?

Because families are being destroyed, and without the family, the foundation on which our country stands will have been removed, and great will be our fall! We, as Christians, will be to blame. We cannot point the finger at others because God promises us as believers that if “My people who are called by My name will humble themselves and pray and seek My face and turn from their wicked ways, then I will hear from heaven, will forgive their sin, and will heal their land.” 2Chron. 7:14.

Yet, Christian marriages are perishing at the same rate of destruction as those in the world. Why? “My people perish for a lack of knowledge.” Hos. 4:6. Christians have been deceived, and are following the world’s ways rather than God’s ways.

How can we know that we are being deceived about marriage and divorce?

Turning aside to myths. Many of those who sit in the church pews don’t want to hear the truth. “For the time will come when they will not endure sound doctrine; but wanting to have their ears tickled, they will accumulate for themselves teachers in accordance to their own desires and will turn away their ears from the truth, and will turn aside to myths.” 2Tim 4:3-4.

We now seek worldly solutions for troubled or wounded marriages rather than seeking the Lord and His Word. “But you are a chosen generation, a royal priesthood, a holy nation, a peculiar people.” 1Pet. 2:9. We are not a “peculiar people” if we just follow the beaten path that leads to the divorce court!

You may not do the things you please. His Word is always consistent; God’s Word is opposed to the world’s philosophies and sometimes difficult to understand and follow. “But a natural man does not accept the things of the Spirit of God; they are foolishness to him, and he cannot understand them, because they are spiritually appraised.” 1Cor. 2:14. “But I say, walk by the Spirit, and you will not carry out the desire of the flesh...so you may not do the things that you please.” Gal. 5:17.

Bad fruit. Again, we can easily see “the fruits” of all the Christian marriages that have been destroyed because they believed the lies. “You will know them by their fruits. Grapes are not gathered from thorn bushes, nor figs from thistles, are they? Even so, every good tree bears good fruit; but the bad tree bears bad fruit.” Matt. 7:15-17.

Scriptural Facts to Stand On

God says that He hates divorce! Yet, some men are actually convinced that God led them to get a divorce! Some have said that God has “released me.” He says... “For I hate divorce says the Lord.” Malachi 2:16. He never changes... “Jesus Christ is the same yesterday and today, yes and forever.” Heb. 13:8.

You are not the exception: “I most certainly understand that God is not One to show partiality.” Acts 10:34.

Remarriage is not an “option” – the Bible says it’s “adultery”! “...but I say [Jesus Himself said] to you that everyone who divorces his wife, except for the cause of unchastity, makes her commit adultery; and whoever marries a divorced woman commits adultery.” Matt. 5:32. “And I say to you, whoever divorces his wife, except for immorality (fornication, KJV), and marries another woman commits adultery.” Matt. 19:9.

What about the “exception” clause?

Again, very few divorces in the church are for the reason of adultery, even if that were the correct “exception.” When Erin was told that she had grounds for divorce because I was in adultery, she sought to find out the truth. What she found was that is many Bible translations the words “adultery” and “fornication” or “moral impurities” were used interchangeably as though they were the same words – but she found they are not the same words! The word “adultery” (Strong’s Concordance in the Greek or original language is 3429 Moichao) that means an act if intimacy after marriage. But the word “fornication” (4202) means and act of intimacy before marriage. Therefore these are two separate sins and should not be confused.

So when the Bible says in Matt. 19:9 “And I say to you, whoever divorces his wife, except for immorality, and marries another woman commits adultery.” This exception meant that a man could divorce his wife if before they were married she was found to have been immoral or committed fornication as was the case with Joseph when the Bible said he contemplated divorcing her secretly (Matt. 1:19). It is NOT saying that if you find that your wife has committed adultery, which is intimacy after marriage, that you can divorce your wife.

With this information, we could rewrite the verse in Matthew with the correct translation to say: “...but I [Jesus] say that everyone who divorces his wife, makes her commit adultery; and whoever marries a divorced woman commits adultery.” Only when a woman was found on or before her wedding day not to be a virgin, only then could the husband divorce his wife. And again, Moses only allowed men to divorce: “Because of your hardness of heart, Moses permitted you to divorce your wives; but from the beginning it has not been this way.” Matt. 19:8. In other words, NO, you cannot divorce your wife since the exception clause does not apply to after marriage.

Be careful when you say that “God told you”! “Behold, I am against those who use their tongues and declare ‘The Lord declares.’ Behold, I am against those who have prophesied false dreams, declares the Lord, and related them and led my people astray by their falsehoods and reckless boasting.” Jer. 23:31-32. “For I hate divorce, says the Lord.” Malachi 2:16. God never tells us to go against His Word! He never changes! Never!! You also must be very careful what you say about divorce or remarriage since it could lead another person to stumble and divorce or remarry: “Woe to the world because of its stumbling blocks! For it is inevitable that stumbling blocks come; but woe to that man through whom the stumbling block comes!...It is better for him that a heavy millstone be hung around his neck, and that he be drowned in the depth of the sea.” Matt. 18:7,6.

Flesh reaps corruption. “For the one who sows to his own flesh shall from the flesh reap corruption, but the one who sows to the Spirit shall from the Spirit reap eternal life.” Gal. 6:8. Check to see how “driven” you are before you go step out in faith. Fleshly desires feel good to the flesh; if you have urgency behind it, you need no grace to carry it out. “For the flesh sets its desire against the Spirit, and the Spirit against the flesh; for these are in opposition to one another, so that you may not do the things that you please.” Gal. 5:17.

God and only God! What knowledge has been gained from seeing so many broken and troubled marriages? God and only God can save and keep a marriage together; though your obedience to His Word. But you have to know His Word before you can begin to obey it. “My people perish for a lack of knowledge.” Hosea 4:6. That’s why you MUST read the chapters in this book over and over and over again! That’s why you must meditate on His Word. That’s why you must feed on His Word not just every day, but all day long!

Let us make a personal commitment to
REMAIN MARRIED
and encourage all we encounter to do the same.

Personal commitment: to remain married and encourage others to do the same. “Based on what I have learned from God’s Word, I recommit myself to my marriage. I will humble myself when necessary and take all steps as a ‘peacemaker’ in my marriage. I will not cover my transgressions nor cause another to stumble. I will devote my lips to spreading God’s Truth on marriage.” 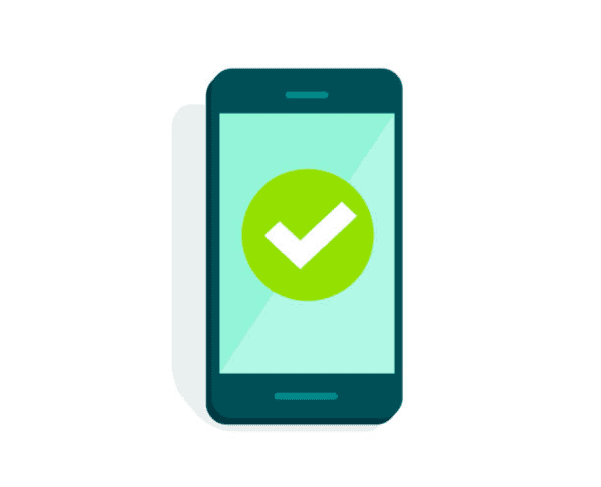 Please start a JOURNAL with the LORD in mind what you're learning each day for the next 30 days to "Restore Your Marriage."

The more you pour your heart out into these forms, the more God and we can help you. These forms will also help you and your ePartner for accountability. CLICK HERE