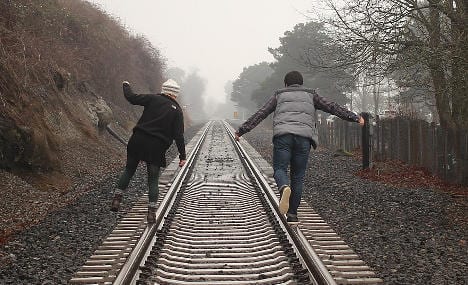 “My Wife Returned a Proverbs 31 Woman!!”

Please tell our readers, how your marriage crisis began:

With fear... I was losing my business, which meant our income and this allowed stress that crept into our relationship. My wife also had unresolved childhood issues of rejection and pain (that I could not resolve). In addition we had no goals and we lost our friendship because of constant criticism. We became caustic towards each other and then my wife sought attention in other relationships (girlfriends, mother, facebook...but no adultery). She finally demanded a separation of our assets and our marriage and moved to another province of Canada.

How did God change you & your situation as you sought Him wholeheartedly?

I realized I could not stand in her way and that God was all I had left (no children, along a new mortgage that I would never be able to pay off). But God answered my prayers of ridding me of my double mindedness and fear, and I began to learn to be content with Him and not be ruled by my emotions, circumstances or by others.

I learned to seek Him in this day (not tomorrow) and to live each day to the fullest as He guided me and my tasks. I learned to praise Him with (in my tears) with my words, actions.... with my sacrifise of praise.

What principles, from God's Word (or through our resources), did the Lord teach you during this trial?

I learned that His ways and thoughts are not mine. That I could not see into the future, nevertheless I learned I needed to still TRUST in Him because He loved me—with all my faults—and that He would rebuild me from the ash heap of my life.

I learned that I would rise from this trial in my life stronger, even better for His purposes and that in return He would get the glory and I would one day have tears of joy with humbleness.

I learned that He allowed this to happen for greater joy to come. That I was in His crucible being purified by the His fires.

I also learned that this was a SPIRITUAL battle and not of flesh & blood, with ruptured emotions, bitterness, indignities, retribution, lawyers, money, cars, and houses. That we are slaves to the one we obey...either satan or HIM. We are all slaves to sin (& satan) and are duped in blindness. Yet it is His Word that was and is the ONLY solution to our pain and provides the ONLY hope for our desperate need of joy. And finally, that we CANNOT do it the world's way IF we want tears of joy!

What were the most difficult times that God helped you through?

Living alone in an empty house, cooking for myself and then going to sleep in a cold bed. Waking up in the middle of the dark night alone crying out to Him to spare me for my sins. I begged Him to take this load off me.

Letting Him know that I so missed my soulmate who was now gone.

Then I slowly started to realize to a very small degree the pain, loneliness that Christ felt...that I had helped nail Him to the cross. That God was ultimately in charge of me.

Did you suspect you were close to restoration? Were there any signs?

No, not in what I saw or believed. My wife had wanted to maintain contact and I rejected this plan (thinking she wanted to use me as a crutch to rebuild her new future without me), so I rejected all of her phone calls, texts, emails etc.

What was the “turning point” of your restoration?

My wife texted me that she wanted to talk to me, that she had found the answer. I refused to acknowledge her texting & phone calls (not wanting to open myself to more pain and rejection), but then I got a call from my best friend who’s wife said my wife was flying in the next day to come to my house.

Tell us HOW it happened? Did your wife contact you by phone or just show up at your home?

I actually texted her to not come, and that she would be disappointed. She responded that it was I who stated that if she wished to speak to me, to not text, call or email but to knock on my door and that’s just what she was doing! So I agreed to meet her at a restaurant the next day.

Would you recommend any of our resource in particular that helped you?

The Restore Your Marriage Manual, A Wise Man and Testimonials Book.

Note: You can purchase all 3 of these discounted in our Recommended Packet.

These resources ARE HIS WORD, which cut through ALL the confusion and gave me HIS HOPE for JOY that would come!!

What kind of encouragement would you like to leave other men with in conclusion to what you've already shared?

Men, please understand that He answered MY life long prayers of double mindedness and fear through this dark valley of separation with my wife and soulmate. No, not in the way I wanted to happen because this was His plan. And it was important because He wanted me in His crucible—to allow Him to burn off all the dark secrets and filth in my life. And even while still drenched in my tears, I could still sow seeds of faith knowing that one day I would reap sheaves of joy and have an answer as to why He allowed this all to happen.

Also that what satan meant to harm me, He turned it into greater joy because His ways and His thoughts are so far above mine, so what I could not imagine, what He had already done ... for me, a wretched sinner—was not impossible for Him.

And that He so loves me, my wife, our families, the stranger, the sinner, the lost, the lonely, that He will NOT leave us!

And finally, that through Him completing what He started, my wife returned a Proverbs 31 woman, with a hunger for the Lord, for His word and for His ways!! My wife is not the woman I married—she is much more than I could have ever imagined. And humbly, due to Him, I am also a very changed man.

Most amazingly, that even when I gave up, He did not give and will not ever give up on us because He is no respecter of persons, which means He will go to the ends of the earth to rescue you, your wife, your children. 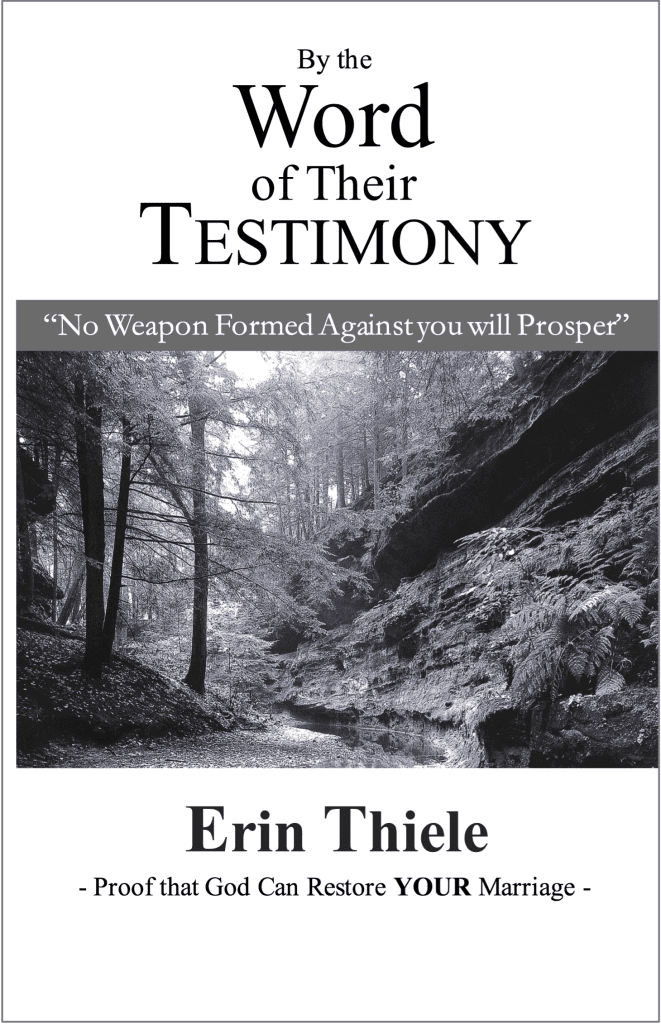 By the Word of Their Testimony (Book 2): No Weapon Formed Against you will Prosper!