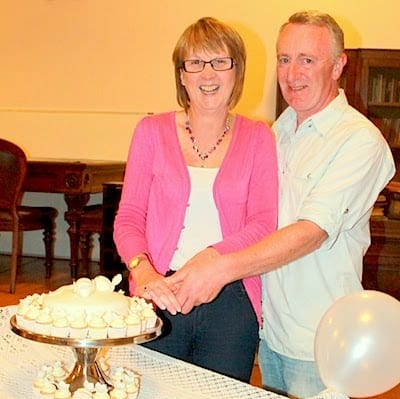 We recently received a letter from a man, Jacob, in Texas who reported that after 15 months of separation, his wife of over twenty years has RETURNED HOME — praise the Lord!!!! She had filed for divorce in May, about two months after he received both of our books for men. The Lord led him to apologize for all of his wrongdoing in their marriage. However, she seemed unimpressed and still was determined to divorce him. “...for we walk by faith, not by sight!” (2 Corinthians 5:7)
Then in September, his wife found herself in a very serious situation. Jacob asked if there was anything he could do something to help her. To his surprise, she accepted his offer for help! Instantly, his wife’s opinion of him changed and she decided to move back home and recommit to their marriage!!! She is NOW home—where they celebrated their 20th Wedding Anniversary!!!!
Note: So often men and women panic when they don’t have regular contact with their spouses since the Lord has “changed them.” God always makes a way to reunite spouses. He often allows a crisis in a spouse’s life as an answer to our prayers, but ONLY when we obey and leave room for HIM to move!!
Jacob in Texas, RESTORED

By the Word of Their Testimony (Book 4): Take up your cross and follow Me